Westlake Citizens treasure local events that give them the opportunity for fellowship with friends and neighbors. This photo album captures many Westlake events over the years, as well as Westlake's unique and beautiful scenery.

Special thanks to Jaymi and Nicholas Ford, who have provided a large portion of the photographs on our website for your viewing enjoyment. Additionally, we appreciate the talents and sharing of photos from Sherry Lewis, Allen Heath, Troy Crow, and many others. 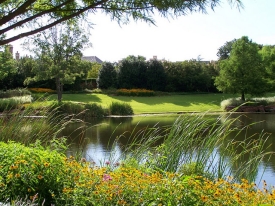 On Thursday, September 16, 2010, 14 Texas cities were recognized as Texas Certified Scenic Cities for having the highest level of scenic standards for public roadways and public spaces. The Town of Westlake received a Gold level certification, one of only four other Texas cities.

The Scenic City Certification Program, the first of its kind in the United States, was developed in 2009 by Scenic Texas in cooperation with the Texas Municipal League and in consultation with Scenic Houston, the Houston-Galveston Area Council, Urban Land Institute, American Planning Association and Houston Council of Engineers. It accepted its first applications in 2010.

Other programs exist to recognize achievement for individual aspects of urban design and development, but this program is the first to incorporate a comprehensive set of model standards into one program. Applicant cities presented their existing municipal standards for assessment and scoring against the model. Those with the highest evaluation scores were certified.